This interview with David Ampofo looks into the challenges facing Accra’s ineffective waste disposal system and the dangers associated with it.
“Formerly, we were dumping at Achimota, we were dumping at Sabah, we were dumping at Abokobi so we had three dump sites to dump refuse but all those dump sites are full to capacity and now, the government and the A.M.A to have decided to shut it down”, says the Communications Manager of Zoomlion Ghana Ltd, Robert Coleman.
Landfill Supervisor, London Nii Adjiri Sackey also expressed his view on the subject of was disposal.
“The lifespan of the landfill is ten to twelve years and it is designed to receive on average 500tons of waste in a day; but because of the challenge that we have in Accra now, Accra’s waste is coming in here; so it is now taking 1500tons on average of waste in a day. So obviously, the lifespan that is estimated for ten to twelve years is going to cut down to about five years, which then indicates the seriousness, or the challenge we face in the future.

(Scroll to the end of the page for the comment form)

“Galamsey” Activities in Ghana, A mass illegality or a single story?
What is Ghana’s justice system really like?

“Galamsey” Activities in Ghana, A mass illegality or a single story?

Is Ghana really the worst Country for disabled people to live in?

The Power Crisis: What has changed? 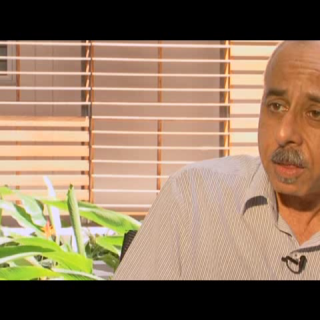 Will Ghana’s power crises ever come to an end?

Find us on Google Plus